“Sand dams change the lives of people by providing water for their needs.  They change the environment by restoring and enhancing it.”

In October 2013, Sahakarini completed a sand dam project in cooperation with the Utooni Development Organization (UDO) in Kenya. Our contributions totaled $15,097 CAD which enabled the people of Kya Kimwe to build a sand dam for their community. The dam was built over a period of several months by the labour of community members under the direction of skilled sand dam builders. It was completed on time and on budget, and is working well.  The whole community has access to water, particularly during the dry months of July to September. Even though drought conditions prevailed, the members of Kya Kimwe were able to harvest their crop because they used drought-resistant seeds from their seed bank.

Because of just one sand dam project:

UDO’s mission is to support disadvantaged communities in arid and semi-arid lands to transform their environment in a sustainable manner, enabling farmers to improve water supplies, food production, income and health through inter-community education, peace and justice.  More information about UDO and their sand dam projects are available on their website at www.utoonidevelopment.org

What are sand dams? Sand dams are reinforced concrete walls built on a rock bed across seasonal rivers to capture and hold water  in aquifers in the sand that collects behind them. The composition of water-to-sand in a sand dam is 2:3 (40% to 60%). After construction, water is collected either from a pipe built into the dam wall, or a take-off well, or by digging holes in the sand behind the dam. Each dam provides a clean supply of water for people, animals, tree nurseries, and irrigated vegetables.

Why sand dams? Sand dams are ideal to harvest water in remote rural communities because they can be built by the community, are low cost, low tech, require minimal maintenance, save water from evaporation and provide quality water even in drought conditions. If a community group wants a sand dam, they provide the labor, sand, water and stones, terracing and on-going maintenance.  UDO contributes technical advice and materials.  An experienced artisan supervises the construction.

At our 2013 Loaves and Fishes dinner, those who attended heard more about sand dams at the Loaves and Fishes Dinner from our presenters – Barb Stolee and her son Scott, whose visit to a sand dam led to our participation. Together with a display prepared by Augustana Community Service Learning students, we gained insight into what sand dams really are, and what they do for people.  We came to understand that sands dams are not really dams at all, nor are they made of sand.

In Machakos County in Kenya, there are two rainy seasons when the rain comes in torrents for a few hours, and then the soil is quickly dry again with much of the top soil washed away.  As a little boy, Joshua Mukusya heard about people using large boulders on dry bedrock streams to slow down the flow of water during downpours.  Later, he developed a model for a sand dam that is now used by many communities.

The building of a sand dam is a community event.  Rocks are piled, and then cement bricks are used to build a partial dam that lets some water continue down stream.  However, over time sand builds up behind these barriers, and eventually water is stored between the sand particles.  It may take several rainy seasons, but eventually clean water can be extracted from the sand – the sand acts as a filter and an underground storage facility away from insects that will lay eggs on ground water and breed disease.

The water stored within the sand builds up the surrounding ground water level, which helps to support the growth of grass and trees. Another benefit is that with clean water close at hand, women and children no longer need to walk long distances to access water, thereby giving them time for schooling and gardening.

As part of the model, the community also learns how to use water for irrigation, to build terraced fields and to dig ditches to retain water, and to grow indigenous vegetation that is more resistant to drought. 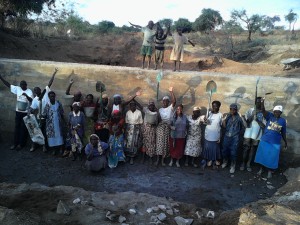 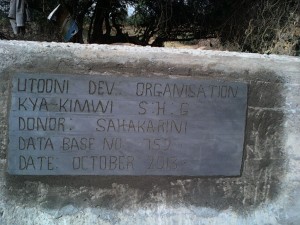 The success of the Kya Kimwe sand dam project completed a couple of years ago, caused Sahakarini to again cooperate with the Utooni Development Organization (www.utoonidevelopment.org) on the construction to two addition sand dams – the Kyenikya Mamiloki and Wingu Makanda projects. The two projects have received $35,600 in funding.

Sand dams are an ingenious solution to the problem of unreliable rains in many areas of Kenya. Once constructed, the dams trap sand and water in the run-off seasonal rains, and in turn provide a reliable source of water for personal and irrigation needs.  The Utooni sand dams constructed by the local people themselves, with the materials and expertise provided by Sahakarini funding. In addition, the residents are given access to Utooni’s seed bank of local, drought-resistant seeds, which in turn provide more food security in times of drought.

Below are the finding of a 2016 monitoring visit/report by John Mutisya. Click on the following link to read the report with accompanying photographs. Utooni Sand Dams Update

Climate change is considered to be one of the serious threats of sustainable development globally. Studies have shown that 90% of disasters afflicting the world are related to severe weather and extreme climate change effects. Impacts of climate change are experienced in many sectors such as environment, food security, human health, economic activities, natural resources and physical infrastructure. For example among the key findings of the Fourth Assessment Report (AR4), (IPCC, 2007) are;

In Africa the effects of climate change have been experienced having caused severe water shortage and food insecurity especially in the Arid and semi arid lands (ASALs). International relief organizations, government departments and local non-governmental organizations (NGOs) have come up with different programs trying to find ways of mitigating these effects.

Utooni Development Organization (UDO) being one of the local NGOs in Kenya working in the eastern and rift valley parts of Kenya, partnered with Sahakarini to help the vulnerable community members learn, understand and find ways to mitigate the effects of climate change. The project targeted subsistent farmers in the eastern part of Kenya who were facing water and food insecurity.

Water scarcity in the area was becoming a chronic challenge faced year in year out leaving the community members with no option than to spend long hours queuing for water. Farming activities were allocated minimal time and commitment leading to another challenge of food insecurity. Livelihoods were severely affected.

After the implementation of the project the community members are now able to access water near their homes reducing their walking distance from 6 kilometres to less than two kilometres. Hygiene levels have gone high reducing water borne diseases. School going children are able to attend school regularly and with confidence for being clean and neat.

Previously these food crops were not being grown in the area since people had embraced the culture of growing maize and beans which were failing in seven out of ten seasons.

The crops promoted by UDO have proved to be productive and the fields are currently looking good, data for the yields from the previous season will be compiled and send to gauge the level of improvement and also show comparison. October – December rain season was marked by high levels of rainfall in most parts of the country, this was good news for the farmers since some of the crops such as Pigeon peas and Dolichos lab lab were planted in this season to mature in July 2016 (two seasons).

Terracing have been embraced by the farmers in the project area, many farms were producing minimal yields, this was being caused by changes in rainfall patterns reducing the volume and causing flash floods which was away the soil nutrients and causing soil erosion. Terraces impound the water during such floods, farm yields have been significantly improved giving the farmers guarantee of food supply to feed their families. Some of the farmers mix crop production and livestock production, terraces have supported growth of vegetation giving a reliable supply of fodder for the animals, milk production has improved enabling them to have a source of income.

Community members were trained in tree nursery management and have managed to establish tree nurseries which enable them to raise enough seedlings for planting during the October –  December rain season which is the most appropriate.

Water necessity is a daily subject for each and every member of the community, provision of water to the community through the sand dam is a continuous process touching all age levels. Life cannot be the same when all community members have no food; therefore, activities which add to the family food basket are always embraced by the community. The issue of sustainability is brought about by the fact that what can deter sustainability of the project is cost of maintenance and conflict in sharing the resources; sand dams do not require any skills of spare parts to maintain, farming knowledge is progressive therefore once the farmers get the initial knowledge they are able to carry out farming generation after generation.

By evaluating the current status of the farmers and comparing how they were before the project, we can proof that their livelihoods have been improved. Sahakarini has made a difference in the lives many families. UDO welcomes a visit by representatives from Sahakarini hoping to share the experience at the grass root level.

Click on the following link to see a brochure produced by the Utooni Development Organization about their sand dam projects. Utooni Sand Dams Brochure 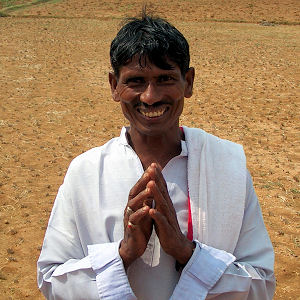 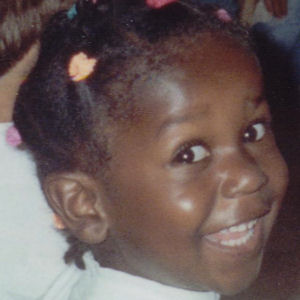 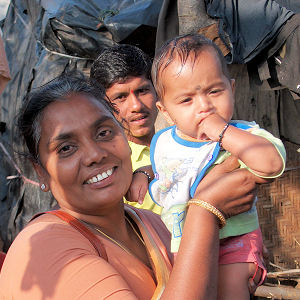 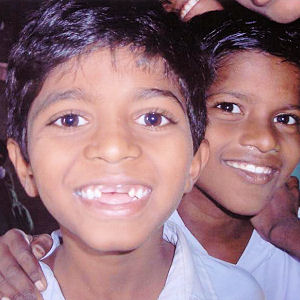 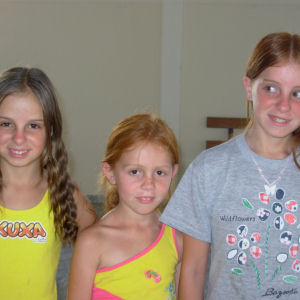 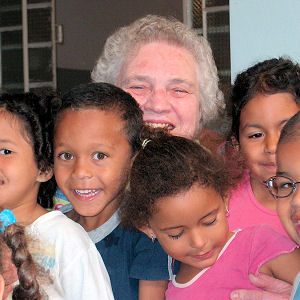